The impact of digitization on work processes varies greatly from industry to industry. In the manufacturing industry, where many processes have long since been automated, it is easier for employees to meet the challenges.

The impact of digitization on work processes varies greatly from industry to industry. In the manufacturing industry, where many processes have long since been automated, it is easier for employees to meet the challenges. For freelancers such as lawyers on the other hand there is a threshold that they have to cross. They’re still very attached to their thoughts, to paper and pencil. Many processes, solution sketches and draft contracts are first noted before they are entered into a computer. The high degree of standardization in German law provides a gateway for digitization and the use of technology: Many legal questions can be schematically presented and follow a structure. Lawyers therefore often consult forms handbooks, and even during a law students’ studies evaluation schemes form an important basis for their future profession. However, as soon as a case or a client question deviates from the familiar pattern, transfer knowledge and intuition are required – lawyers then have to look for creative solutions, similar to consultants or architects. But what does all this have to do with ‘Legal Tech’, i.e. the use of software to support legal services and cloud-based platforms?

Today, hardly any lawyer can do without judgment databases and digital contract modules. Anglo-American lawyers and software houses recognized the need much earlier. Global law firms such as Hogan Lovells recently announced that they are increasingly relying on chatbots for legal questions, i.e. small text-based dialogue systems – some of which are already based on self-learning algorithms. In Germany, development was steadier, but the market is now much more differentiated, also with regard to services for consumers and companies: Initially, software providers concentrated on optimizing the work processes of law firms. Then providers such as Leverton increasingly turned to automation, for example by using software to evaluate large data records that lawyers have to investigate (‘legal due diligence’). The latest development is to offer solutions for rule-based queries using artificial intelligence. ‘Lego for lawyers’ is what Michael Grupp, one of the founders of BRYTER, calls a Legal Tech that was launched a few days ago. The comparison between the world-famous plastic game from Denmark and the concept with which Grupp and its co-founder Micha-Manuel Bues went on the market, is quickly made clear: Lego bricks can be constantly reassembled – and BRYTER also wants to reassemble existing legal patterns of thought into new solutions time and time again.

Too often, the founders believe, lawyers, tax consultants and auditors think in ‘it depends’ terms. Although lawyers could easily apply evaluation schemes of a certain claim to a specific case, they lack the tools to do so: ‘Strong rule and scenario-oriented considerations cannot be digitized and automated with Word, Excel or PowerPoint,’ explains Grupp. With the BRYTER platform, legal departments can convert guidelines and internal regulations into easy-to-use queries. Grupp and Bues know exactly how lawyers and in-house counsels work. Both were associates in large law firms before they became recognised figures in the Legal Technology scene: Bues as managing director of Leverton and blog initiator, Grupp as founder of Lexalgo and Thesisus. Shortly after its launch, BRYTER was able to present its first well-known projects: A tool was developed for the German Bar Association to help lawyers clarify within a few minutes whether a fee agreement is possible. Experts from the lawyers’ association provided the content of the law of fees, BRYTER only had to adapt the software. From Grupp’s point of view a ‘nice test balloon’ that should make life easier for lawyers – precisely because companies and consultants often argue about too high lawyers’ fees.

Jörg Risse, business lawyer and partner at Baker & McKenzie, called for another tailor-made solution. For more than ten years, Risse has been working on the topic of process risk analysis. Last year he published a book on how risks can be represented in decision trees using mathematical formulas, which has also attracted attention in the Legal Technology scene. ‘People lack the ability to assess opportunities and risks mathematically,’ explains Risse. According to researchers, this is because people have only been calculating for 5000 years. This period of time was not sufficient for humans to have an intuition wired up in the brain in order to be able to correctly assess mathematical questions, according to the lawyer and so he concludes: ‘A computer, however, calculates opportunities and risks quickly and correctly’. BRYTER’s software has enabled Risse to carry out its risk analysis. Thus the process can be communicated to the clients easier and helps in-house counsels to analyse a case systematically and to assess it accurately. 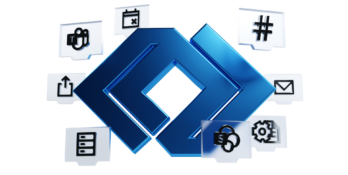 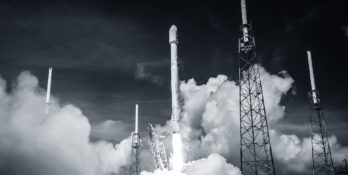